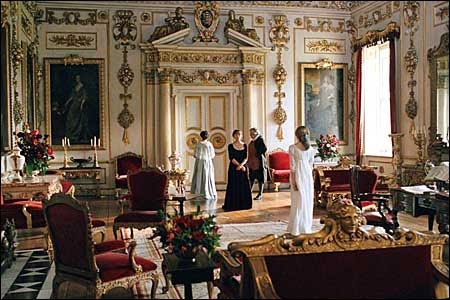 The story developes in the period of the British 'Regency', early 19th century, when culture as practiced by the upper classes and the landed gentry took a very refined and sophisticated turn, a kind of 'silver age' for the arts and fashion. The film was set in a marvellous country estate, with a classical building where everything down to the smalles details exuded beauty, restraint, harmony, delicacy, richly decorated with discreet sculpture of silent forefathers (one guesses), and with large windows looking-out on an enchanted rolling landscape drenched in a golden green. Interestingly, decorations - all carefully chosen from the period - were not 'over the top' or distracting, but everything breathed a curious synthesis of grandeur and intimacy, of demonstrative wealth and a certain casualness, which made it a perfect surrounding for the brilliant actors who all behaved - staff including - as if they were born that way and in that very country palace. There was a conspicuous absence of vulgarity or cheapness: every aspect of life had nobility and beauty, the simple kitchen ware, the chandeliers, the horses and carriages, the boots, the cutlery. A minitature world as a harmonious community where everybody had its circumscribed position but where all members felt responsible for each other and for the place. The people populating the building were all dressed in the typical elegance of the period: the ladies with elegant and supple, rather loose dresses (which had left the stiff 18C fashions behind), dresses which both gave room to spontaneous movement as well as gracious reclining to expose the refined hairdo's to maximum effect; the gentlemen in impressive vests and coats, with multi-layered collars in different shades of green, brown and yellow spread generously over chest and shoulders, with explosions of white, loosely knotted ties and bows under the chin, forcing the noble head in proud resistance to gravity, with rather loose haircuts as if arranged by the breeze during a horse ride. The artificiality of the wigged 18th century has been left behind, but the rather dull functionality of a later age was not as yet in sight. In short: a classicist paradise: if humanity would develop mentally, aesthetically, morally and culturally to its full potential, it would create something like this world, where all of the best comes together, where the spirit and the flesh, mind and matter, dance around each other in harmony and respect.

But lo and behold: everybody in the setting is miserable, suffering from all sorts of agonies. The protagonists wander around, confronting each other in beautiful phrases expressing the most painful content, and they all seem to be entirely oblivious of the fantastic beauty and harmony within which they play-out their misery. They are, in fact, isolated from their surroundings, and merely seem to accept them as a normal, natural 'given', fitting to their social position. The story is a sordid demonstration of imprisonment, for which there have been constructed different but equally painful incarcerations. Maybe only the staff members find some contentment, although they suffer by proxy, seeing their superiors going through elegant hells - and thus, probably, fearing for their livelihood. 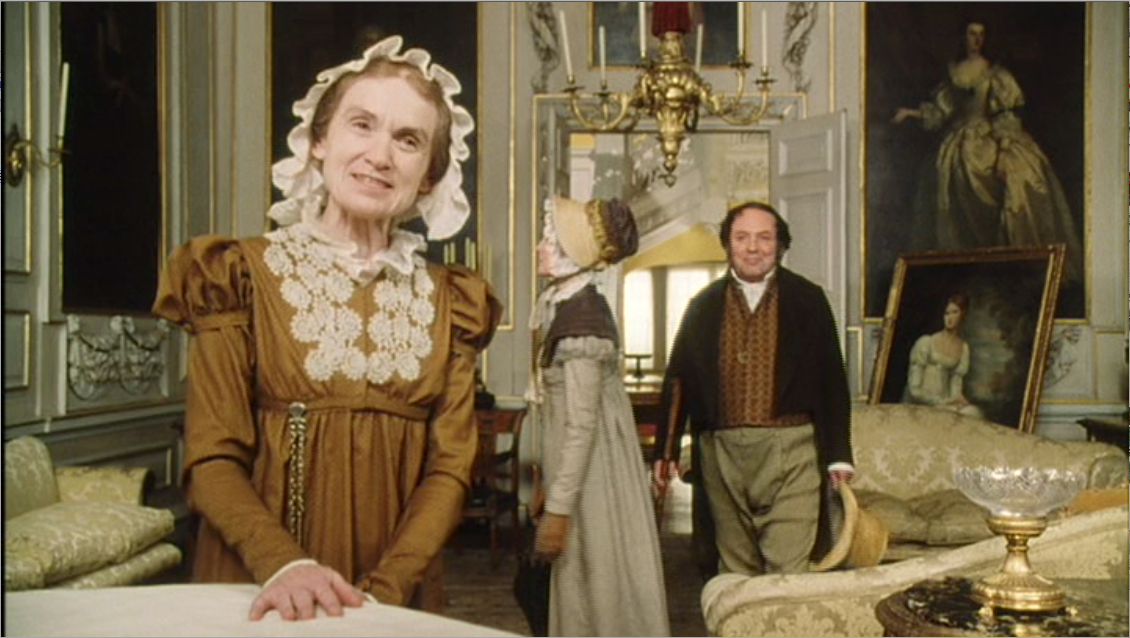 Much has developed in better ways of lately... we live - at least here in W-Europe - in more just and easy times, and technology has created a relief on the material level of living, unimaginable in the early 19th century, where the sordid jobs of daly life were in the hands of staff who had to do without the vacuum cleaner, the dish washer and the micro wave.... (only the elite lived without those material burdens since they paid their staff to take them on). But one thing has almost completely disappeard from the world: this sense of beauty which has created such monuments, such images of a possible, potential humane paradise, of 'home' where man can feel really capable of exercising his / her capacities to the full. And therefore, the beauty of Austen's novels, their elaborate but ultra-sophisticated language and social manners, and the BBC's incomparable recreation of a symbolic reality that once was, has created a profound nostalgia in contemporary readers and viewers, which has catapulted Austin's novels to star popularity. Maybe the misery of the protagonists functions as a reassuring balm on the envious contemporary hearts: fortunately, they do suffer as we do, in spite of their paradise. But certainly the visual recreation of that world gives us a glimpse of what would be possible if we let our inborn sense of beauty and harmony have its way. 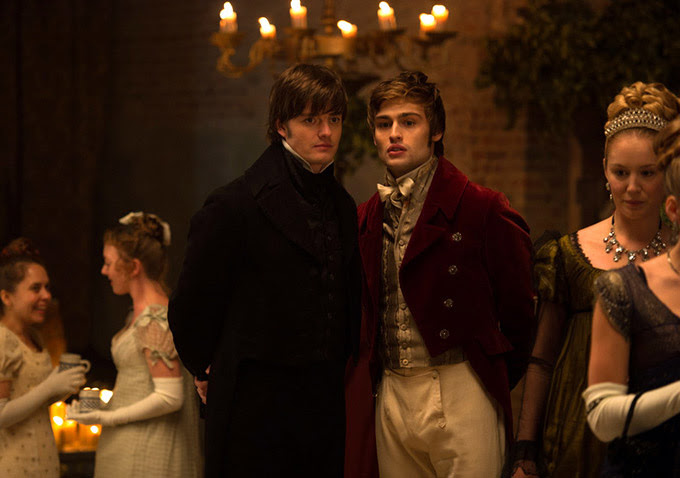 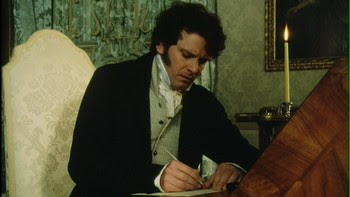 Posted by The Subterranean Review at 15:42