Due to continuous technical problems with this blog, new posts can be found, from today onwards (10 January 2017), on my website:

This blog will be 'freezed', for the time being - and no longer be fed with additions.

Posted by The Subterranean Review at 15:01 2 comments:

I stumbled into an interesting article on the site of The New Criterion, about the corruption of the German universities in the early 20th century, where ideology gradually replaced academic freedom in the pursuit of truth.

A comparable process we have seen in the last decades where academic curriculae have been politicized and academic pursuits were defined not by the search for truth but by the service to a political cause: in the footsteps of Foucault's marxist ideas that institutions, including the university, are mere instruments of political power applied by the bourgeoisie to protect its privileges.

The article set in motion a train of thoughts about the politization of academia and of culture...

The pursuit of truth is based upon the assumption that there is something like an objective truth, which can be discovered by different means and through different routes. This implies the necessity of pluralism, a field where competing approaches try to get to grips with reality. The philosophical cul-de-sac which claims that the world is merely our perception of it, i.e. entirely subjective, has to be rejected out of hand since it is clear that our senses, including our intelligence and intuition, developed in accordance with the evolution of the world. We are part of the world and our perception of it forms part of the world's reality. Instead of the world's nature being subjective, it is our mind's nature which is objective - as long as we assume that reality exists.

Only in a pluralist field something of truth can be found, and academia should be one of the islands where pluralism is accepted as normal. After all, every definition of truth and reality is, at least partly, provisional, until better definitions have been found.

For culture, ideology is the worst possible incarceration. Works of art are, most of the time, restricted by limitations of available means, of circumstances, places and periods, local cultures, financial possibilities, the talent of the maker etc. etc., but such restrictions are not - or don't have to be - ideological, and thus can be transcended by the artist. But an ideology cannot be transcended because an ideological work of art has, in the first place, to be a political expression. That is why the portraits of Velasquez of his king who commissioned them, are truly free works of art which speak of truth in characterization and expression, because they only had to present the monarch as such, while the many decorations which Charles le Brun made for the palace of Versailles are not, and although they are well-done, they are not so good as his free works because the painter had to express a political idea: the glory of the king and of France as a powerful nation. 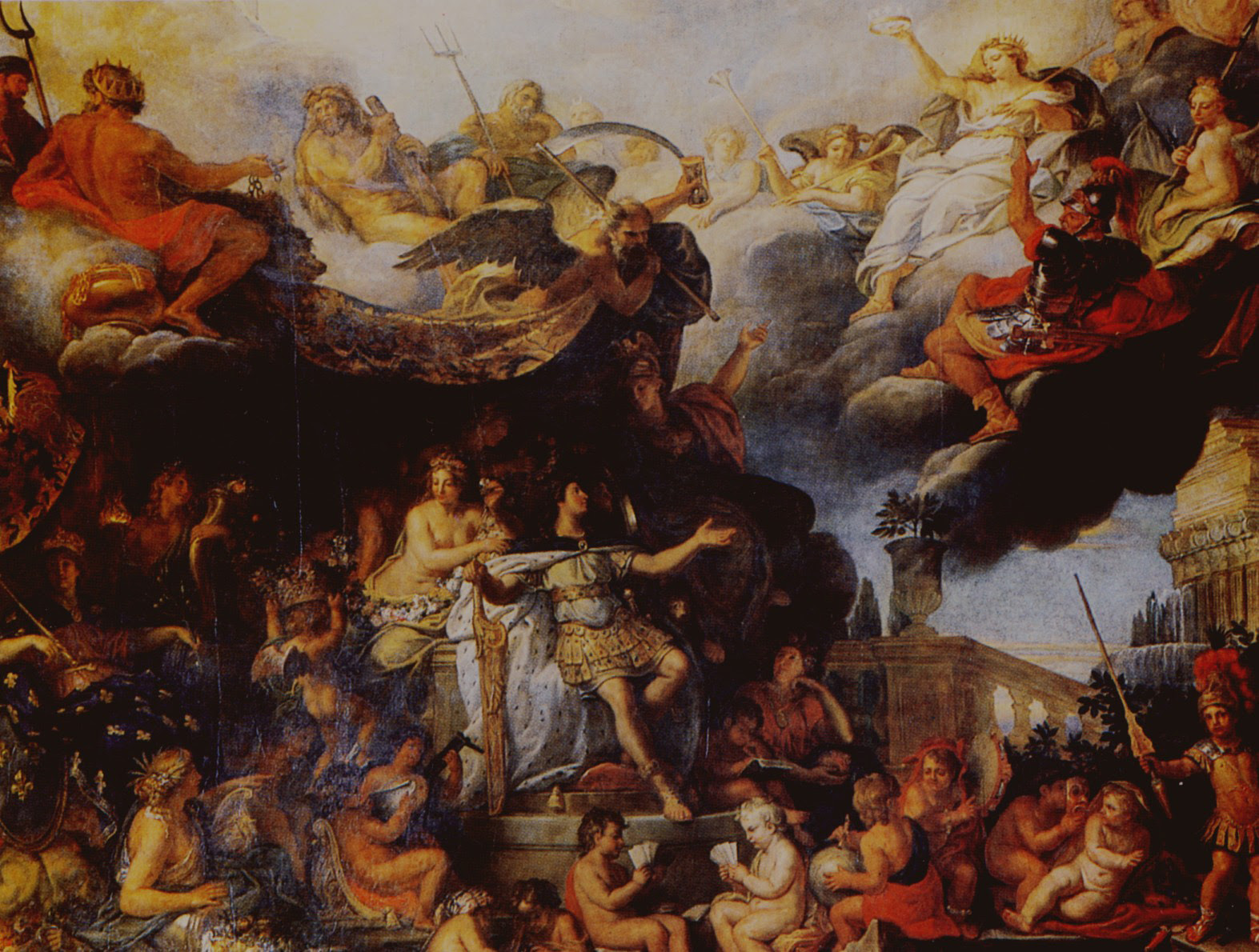 Le Brun: 'The King Rules by Himself', decoration at Versailles

Posted by The Subterranean Review at 17:37 No comments: