A monument for early modernists


Vienna honors Schoenberg, Berg, Webern and Mahler, with a monument close to the Staatsoper.

We can admire the design, as being presented in the news: 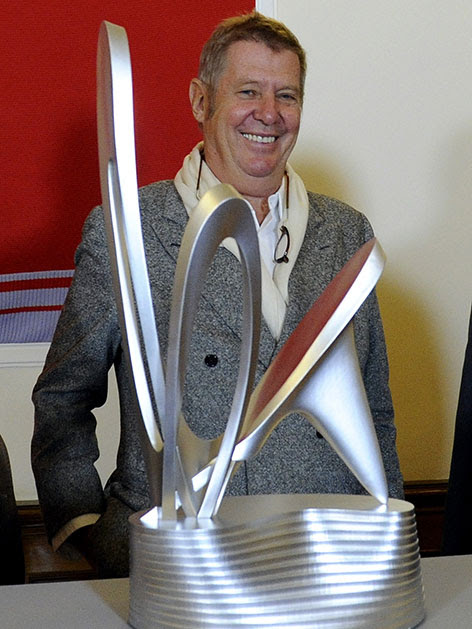 The object looks like one of Lulu’s outrageous shoes.

The thoughtless mentioning of the 'Second Viennese School' has become convention, but is nonsensical. There never was a ‘Second Viennese School’, as the three practitioners of early modernism have been called by 20C propagandists, and as the news reader is informed. It was a quasi-academic charade, to defend a very difficult and untenable position. The implication is that Haydn, Mozart and Beethoven formed the First Viennese School, as if the second were a natural development of the first. In reality, the ‘second’ broke down what the ‘first’ built-up - with the best of intentions, but nonetheless with a result, opposite of those innocent earlier composers.

Poor Berg! to be one of the victims being honored by such object, which looks like an ironic joke..... and then, with Mahler sharing the humiliation, Mahler who never used an atonal aesthetic and died before the twelve-tone idea took form. The message of the monument seems to be: when you climb the 12 steps of the modernist revelation (the basement), you will arrive at the mental liberation as expressed in the free-floating arches of fantasy, no longer locked-up in the incarceration of repressive, backward tradition.

Mahler should not be part of the group as commemorated with this object. Even the most dissonant passages in late Mahler, like in the first movement of the impressive 10th symphony, are embedded in a tonal context where the tones relate to one another; the wild 'deviations' still find their place within the framework of tonal coherence, albeit in a very free way. The tensions between painful dissonance and soothing consonance are part of a language, embracing the entire range between these extemes. Like R. Strauss, Mahler found a way of incorporating wildly-dissonant elements within a tonal language, where they form expressive and / or colourful contrasts to the rest. Debussy did the same, in quite another way: the rustling and murmuring in many passages of his work are comparable with the indefinite spots in impressionistic painting, which is never abstract, but suggestive rather than explicitly communicative: they are atmospheric elements meant to enhance the expression of the total. These composers never thought of leaving the tonal dynamics of the musical art form behind.

Berg was still part of the tonal tradition, however dissonant and painful much of his work, and however forced his interpretation of 12-tone system into his imaginative efforts…. probably because the Master told him that Evolution required such exercise. Around 'The Three' a large body of mythology has developed…. and much of it is based upon cultural misunderstandings, like most of the following modernist ideology.

By the way, there does not really exist atonal music, recent academic research has demonstrated that ALL atonal music is, in fact, in A minor:

Posted by The Subterranean Review at 06:04